People are aware of cognitive biases but do we know what to do about them? 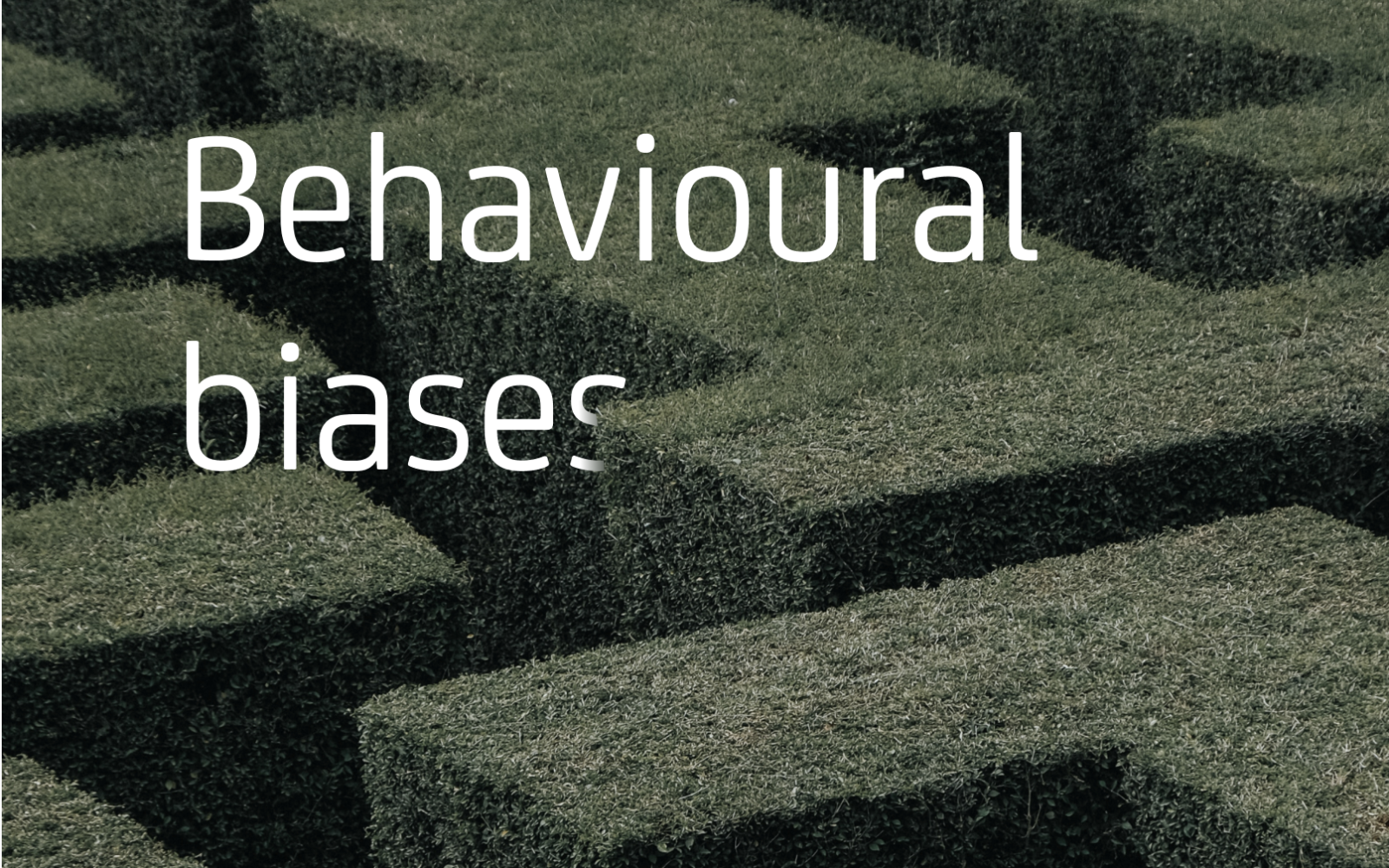 Decision making is part of our everyday lives. We ask ourselves, “Should I have a coffee or a tea? Should I take the bus or the tube today? How should I respond to this email?”

But are we really aware of just how many decisions the average human makes in just one day? Go on have a guess…

On average, we make a staggering 35,000 decisions per day! Taking into account the 8 or so hours we spend asleep, that works out to be over 2,100 decisions per hour. If we thought consciously about each decision, we would be faced with a debilitating challenge that would prevent us from living out our normal lives. Thankfully our brains have developed shortcuts, called heuristics, which allow us to make judgements quickly and efficiently, simplifying the decision making process.

Heuristics are extremely helpful in many situations, but they can result in errors in judgement when processing information – this is referred to as a cognitive bias.

How can cognitive biases impact our decisions?

Cognitive biases can lead us to false conclusions and as a consequence influence our future behavior.

In order to illustrate this I am going to take you through a famous study conducted by Daniel Kahneman showing the impact of the anchoring bias. In Kahneman’s experiment, a group of judges with over 15 years’ experience each were asked to look at a case in which a woman had been caught shoplifting multiple times.

In between reviewing the case and suggesting a possible sentence, the judges were asked to roll a pair of dice. Unbeknown to the judges this was the “anchor”. The dice were rigged, and would either give a total of 3 or 9.

Astonishingly, the number rolled anchored the judges when making their sentencing recommendations. Those who rolled 3 sentenced the woman to an average of 5 months in prison; those who threw 9 sentenced her to 8 months.

If judges with 15 years’ experience can be influenced so easily by something so arbitrary about something so important – then what hope do the rest of us have?

Another example of biases impacting important decisions can be found in the Brexit campaigns. We can all remember the “£350 million a week” bus, which suggested that instead of sending that money to the EU we could use it to fund the NHS instead.

There were many other examples of false stories published in the British media. These shocking statements are influential because humans have a tendency to think that statements that come readily to mind are more concrete and valid. This is an example of the availability bias.

But how is this relevant for experimentation?

With experimentation, we are tasked with changing the behaviors of users to achieve business goals. The user is presented with a situation and stimuli that impact their emotional responses and dictate which cognitive biases affect the user’s decision making.

When we run experiments without taking this into account we are superficially covering up problems and not looking at the root causes. In order to truly change behavior we must change the thought process of the user. This is where our behavioral bias framework comes into play…

Step 1. Ensure you have established your goal. Without a goal you will not be able to determine the success of your experiments.

Step 2. Identify the target behaviors that need to occur in order to achieve your goal. At this point it is important to analyze the environment you have created for your users. What stimulus is there to engage them? What action does the user need to take to achieve the goal? Is there a loyal customer base that return and carry out the desired actions again and again?

Step 3. Identify how current customers behave. Is there a gap between current behaviors and target behaviors?

Step 4. Now start pairing current negative biases with counteracting biases. At this point research is imperative. Your customers will behave differently depending on their environment, social and individual contexts. Research methods you can use include surveys, moderated and unmoderated user testing, evidence from previous tests as well as scientific research. Both Google Scholar and Deep Dyve are excellent scientific research resources.

Step 5. Which is the best solution to test?

There are three important things to consider at this point.

Value – What is the return for the business?  Volume – How many visitors will you be testing?  Evidence – Have you proven value in this area in previous tests?

Let’s pretend I work for a luxury food brand. I have identified my target goal which is purchases and mapped out how my current users behave on the site. I find that users are exiting the site when they are browsing product pages. Product pages are one of our highest priority areas.

I have conducted a website review which flagged some negative customer reviews. This is not a big issue for us, after all we are reliant on individual taste and we have an abundance of positive reviews. Nevertheless, it seems to be a sticking point for users.

A potential bias at play causing users to exit is the negativity bias. This bias tells us that things of a negative nature have a greater impact than neutral or positive things.

Instead of removing the negative reviews we are going to maintain the brands openness to feedback and leave them onsite. Nevertheless, we still want to reduce exit rate so we are going to test a counteracting bias, the visual depiction effect.

The visual depiction bias states that people are more inclined to want to buy a product when it is shown in a way which helps them to visualise themselves using it. So in our product images we will now add in a fork (this study was actually conducted! Check it out).

The results from the experiment will determine whether our counteracting bias (visual depiction effect) overcame the current one (negativity bias).

So, to conclude…the behavioral bias framework should be used to understand the gap between your customers’ current behaviors and your intended goal. This will allow you to hypothesize potential biases at play and run experiments that bridge the gap between existing and aspirational behaviors.

To find out more about our approach to experimentation, get in touch today! 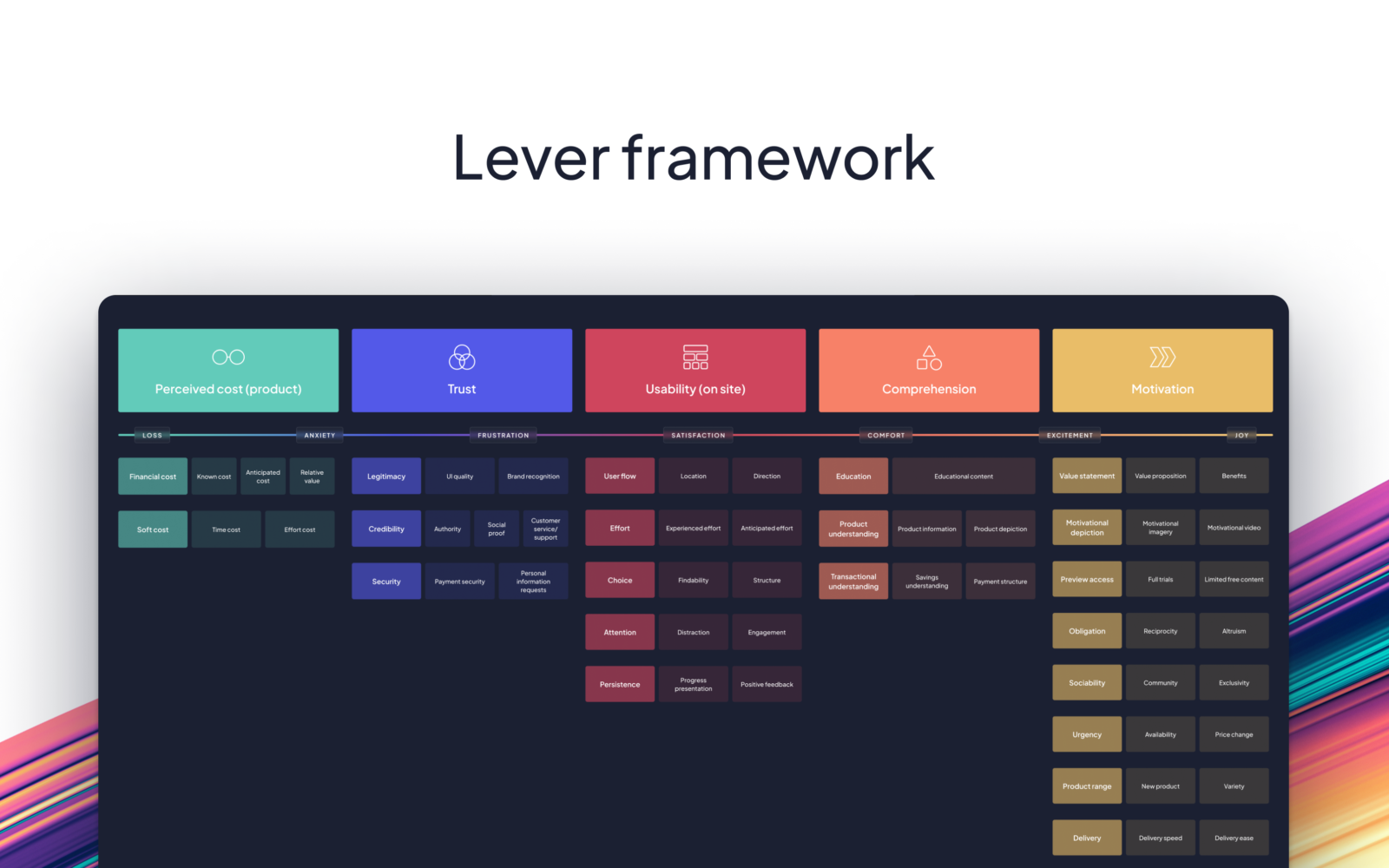 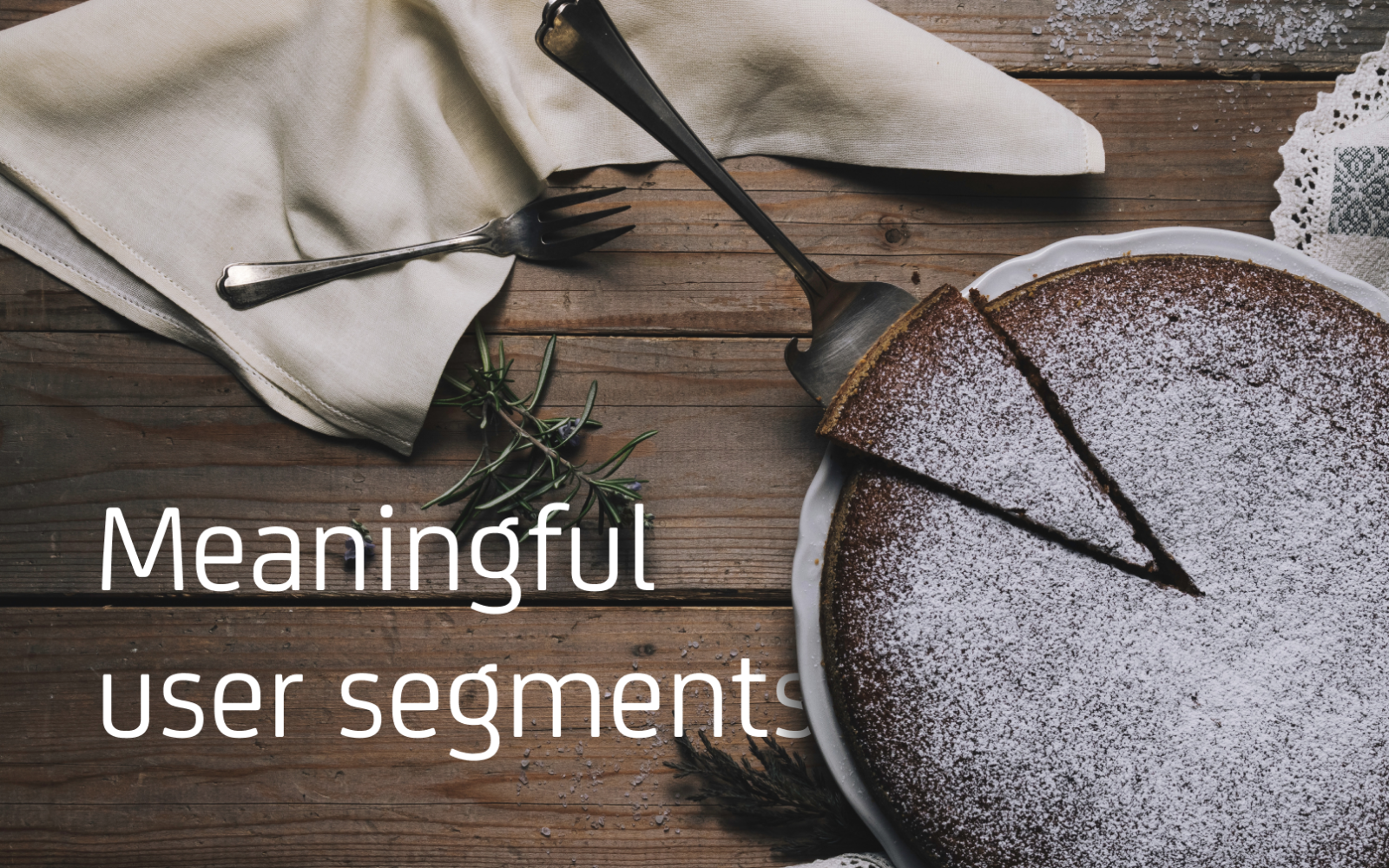 How to Build Meaningful User Segments 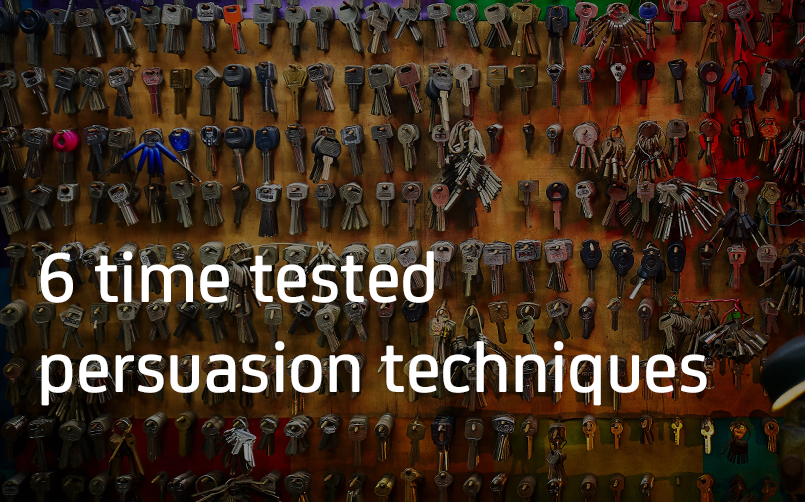